After a week of relative calm, clashes between Kinshasa's armed forces and the M23 movement in Estern DRC resumed on Wednesday. Since March, 28, many civilians have fled their villages to seek safety.

Ndamugabo ran from his village in north Kivu province and took refuge in a school in Rutshuru. He is now waiting for assistance. "It was Monday morning at 7am that we suddenly saw the M23 on the hill next to our houses and we fled, along the way I was wounded. I am being treated here at the camp in this school.", recounts Ndamugabo Sebishimbo.

The M23, also known as the Congolese Revolutionationary Army, grew from a former Tutsi militia, once supported by Rwanda and Uganda. It was defeated by the national army in 2013 but resurfaced last November.

Patience Niyonzima was in hospital with her newborn when everyone hastily departed around her. A day she will not forget, "It was the end, we thought we were going to die. A man told me to stay in the nearest hospital otherwise I wasn't going to survive, but I pushed through". She now lives in Rushuru with her baby, but like many she left everthing behind and says there are no ressources to help her.

A few days ago, the government urged displaced people to return home but most of them are too afraid to go back despite their assurance. _"Let me tell you that we will leave the office in Kinshasa to come and die here because this is part of the national territory.", _declared General Patient Mushidi Yav, Deputy Commissioner General in charge of the administrative police in Rutshuru on April, 4.

According to local sources, since Wednesday the national army has been pounding hills occupied by M23 rebels but hasn't yet been able to dislodge them successfully. 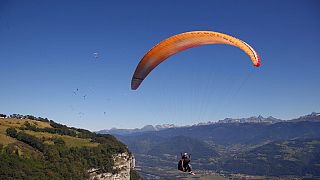 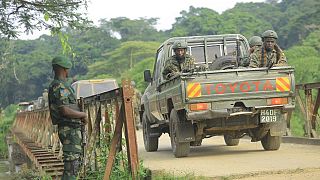