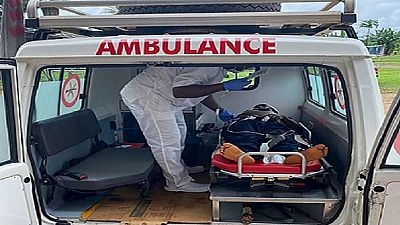 Doctors Without Borders (MSF) announced Tuesday the suspension of its humanitarian activities in an English-speaking area of Cameroon due to the detention four local employees accused by local authorities of "complicity" with separatists.

"MSF has officially announces the suspension of its humanitarian activities in the South West region of Cameroon today", the NGO wrote in a statement Tuesday. Three months after the arrest and detention of four members of its staff in connection with the organization's "medical work", the organisation decided to stop its work in one of the two English-speaking regions in the grip of a bloody separatist conflict.

MSF said it had ceased its activities "as of March 29, in order to focus on securing the safe release of its staff". This is the first time MSF has publicly mentioned the arrests, said Scheherazade Bouabid, MSF's head of communications for Central and West Africa.

At the end of 2020, the Cameroonian government suspended MSF operations in the northwest, the country's second largest English-speaking region, accusing its medical teams of "collusion" with armed separatist groups.

In these two regions, where most of the English-speaking minority lives in a predominantly French-speaking country ruled with an iron fist for nearly 40 years by 89-year-old Paul Biya, the army and separatist groups have been clashing almost daily for five years.

Civilians are caught in the middle and are victims of abuses committed by both sides, according to international NGOs and the UN. The conflict has left more than 6,000 people dead and forced more than a million to flee their homes.

"We are in an untenable position: on the one hand, we are providing needed medical assistance; on the other hand, the people providing that assistance are at risk of being prosecuted for their medical activities," said Sylvain Groulx, MSF's head of programs in Central Africa, quoted in the statement.

"We need the conditions in place to allow us to carry out our activities in a safe and secure environment, so that we can fulfill our obligations to patients," he added, arguing that MSF remains open to dialogue with the Cameroonian authorities to resume its activities.

Contacted by AFP, the Cameroonian authorities had not reacted Tuesday afternoon. The four employees arrested are all Cameroonian, including a 33-year-old nurse and a 41-year-old driver.

They have since been detained in Buea, the capital of the southwest, as part of an "investigation into complicity in secessionism." 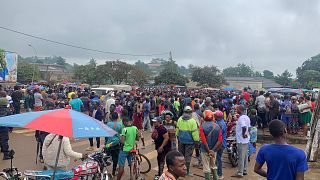 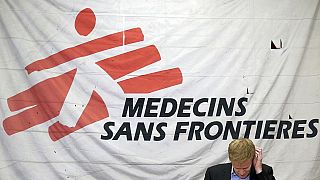