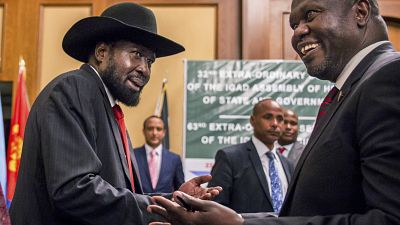 Sporadic fighting was reported Thursday in Upper Nile state, according to spokesmen for the rival groups.

The spokesman for South Sudanese government troops, Army Maj. Gen. Lul Ruai Koang, charged that rival forces — known officially as the Sudan People's Liberation Army In Opposition — had "declared war" in attacking their positions in Longechuk County located in the Western part of the country.

However, Col. Lam Paul Gabriel, a spokesman for the rival forces, said government troops attacked first. His group's political bureau on Tuesday had approved the suspension of its participation in meetings of the security mechanisms holding together the peace deal between President Salva Kiir and his rival Vice President Riek Machar.

The decision came after government forces were accused of carrying out unprovoked attacks on their rivals' military bases, including cantonment sites, in the states of Upper Nile and Unity.

In a statement Wednesday, the U.S., the U.K. and Norway — the trio supporting South Sudan's peace deal — said they were concerned that the fighting threatens to undermine the government's unity.

“With less than a year left of the transitional period, whole-hearted commitment is critical to get us past the finish line,” the statement said. “**Unfortunately, recent events signal the opposite.**”

There were high hopes for peace and stability once oil-rich South Sudan gained independence from Sudan in 2011. But the country slid into civil war in December 2013 largely based on ethnic divisions when forces loyal to Kiir started battling those loyal to Machar.

The rivals signed a peace agreement in 2018, with Machar returning as Kiir's deputy. But challenges remain, including the government's failure to implement promised reforms including completing the unification of the army command.

A group of United Nations experts warned in a report last year that “the stability of South Sudan has remained at risk" as a result of missed deadlines and political gridlock on key issues in the unity government’s agreement. 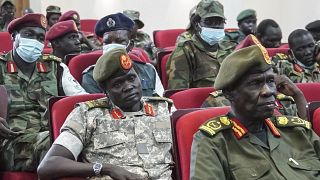 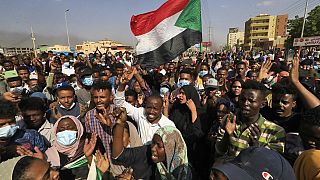