In Brazil egames are providing a route out of poverty for many young people living in shanty towns.

In a country where football is still king many youngsters are now dreaming of a career in digital games.

"E-games are the same thing as looking for opportunities in football, there are opportunities to play in teams, you just have to embrace it. Start small and work your way up", said Matheus da Silva, a young e-game player from Pôr do Sol favela in Brasília.

Another e-game player, Yan Martines de Araujo, added "I have a dream too, which is about playing "Free Fire", become famous, then help new people play, and to let new people know about the game".

One of the most popular games is "Free Fire", a game released in 2017 by a vietnamese start-up that became one of the most downloaded apps in Brazil.

Participating in tournaments is one way of generating revenues.

Some parents, such as Claudia Gomes da Silva, feel that this is a good way to keep their children out of the streets.

"I try to keep him always indoors, if the e-games help him, and he evolves, for me it's great, because the street teaches things that it shouldn't, and if a person is weak minded, falls down", she admitted.

According to a local youth coordinator, last year 80,000 youngsters enrolled in the national tournament of "Free fire".

"They have come to realise that this is also a profession, that they can become champions, and that it is also a way for them to earn money, because not everyone has the opportunity. CUFA has done this, bringing these young people to compete, to seek a better life for themselves. So this is an environment that our young people have loved", said Carlos Campos, CUFA's coordinator in Pôr do Sol and Madureira communities

The popularity of the digital games is such that youth football managers are noticing a drop in interest in the so-called "beautiful" game. 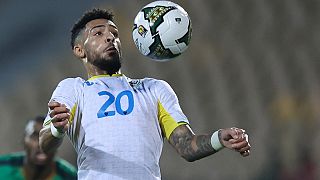