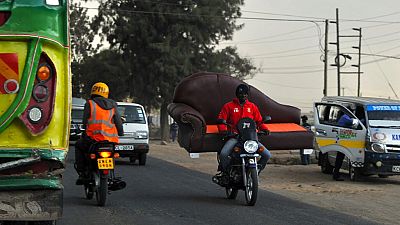 Kenya's President Uhuru Kenyatta on Tuesday ordered a crackdown and a census of motorbike taxis across the country, after a video of a young woman being assaulted by several of them caused a scandal.

In the video, which has gone viral on social media, a young woman is seen screaming at the wheel of her open car as she is assaulted and partially stripped by motorbike taxi drivers, apparently after a traffic accident. On Tuesday morning, police announced that they had carried out an operation against motorbike taxis in the capital Nairobi, resulting in more than 200 arrests.

"I have asked the police to use the tools of the law to punish these perpetrators," Uhuru Kenyatta said in a speech on International Women's Rights Day, adding: "There should never be a repeat of what we have seen, it is a scourge on the entire Kenyan society.

He asked motorbike taxis, known as boda-boda, to re-register with the transport authorities or face sanctions. "I have instructed and ordered the utmost severity against boda-boda operators, starting here in Nairobi and throughout the country," he said. This activity "is not a licence to strip and take away the dignity of our women," he said. "We will register you all, again," he said.

About 150 Kenyan women and activists marched in Nairobi on Tuesday morning to denounce the incident. They marched towards police headquarters, holding up signs reading "Listen to my cry" or "Today she is, tomorrow I am" and demanding an end to violence against women.

"We can no longer accept living like this," Interior Minister Fred Matiang'i told the protesters, promising a "ruthless and radical" overhaul of the motorbike taxi industry. Police said on Monday they had arrested 16 people in connection with the incident, which has outraged opinion in the East African country.

The head of the judiciary Martha Koome called it "cruel, inhuman" and "without any humanity". "I denounce this act as barbaric and in need of the highest judicial attention," she said in a statement.

Two-wheelers are a popular mode of transport in Kenya, which lacks a developed public transport system. According to official data from 2018, at least 1.4 million motorbikes are registered in Kenya, the majority of which are used as taxis.

About 17,000 motorbikes are registered each month, the government statistics office said in 2019. The sector is poorly regulated, and these figures could be much higher.

Boda-boda drivers, usually young men, have a reputation for breaking traffic laws and attacking motorists in accidents. They have also often been accused of snatching and harassment of other road users, as well as abuse, including rape.

In 2020, a group of boda-boda attempted to lynch a former army chief after one of them rammed his car, while a deputy governor had his car burnt after a similar accident. The boda-boda was classified in 2019 as a "threat to national security" by a Home Office research unit 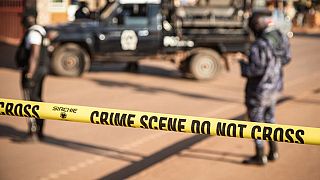 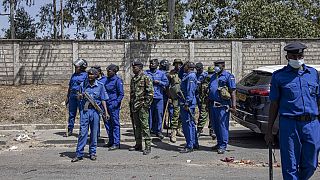 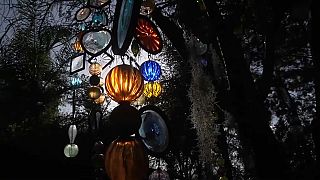