During an address before his Jubilee party supporters on Wednesday, President Uhuru Kenyatta said Raila Odinga "meant well for the country".

Presidential elections are set for August 9.

It will be the fifth time Mr Odinga runs for president. He will vie for the presidency as the Azimio la Umoja alliance preferred candidate. The alliance is made up of parties such as Mr Kenyatta’s Jubilee Party and, now, Mr Odinga’s Orange Democratic Movement. 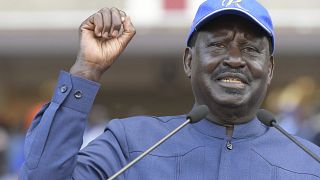