The announcement of the closing of France’s bases in Gossi, Menaka and Gao may leave a vacuum but Malian armed forces said Thursday, they were focused on the future.

The confirmation of a withdrawal of French and European troops from Mali does not leave the country alone, the director of the public relations of the Malian armed forces says.

The French troops of the Barkhane military operation are due to leave the West African country within the next four to six months. Colonel Souleymane Dembéle described, on Thursday, a nine-year military presence, which did not solve all problems. "Barkhane came in January 2013. From January 2013 up to now, look at what has been done. What has the country gained from the presence of the Barkhane force? If the problem has not worsened, I think we have not had a military solution. Today I would say that terrorism has spread to almost the entire territory of Mali."

France sent soldiers to the Sahelian country to beat back advancing Islamist extremists. If there were initial battlefield successes, the threat morphed into an insurgency and spread to neighboring countries.

The announcement of the closing of France’s bases in Gossi, Menaka and Gao may leave a vacuum but Malian authorities are focused on the future.

"It is true that you may be worried, but Mali is not alone and Mali will not remain alone. France may leave, European countries may leave, which I am not anticipating. Let's give it time and you'll see what happens", Dembéle added.

The UN peacekeeping mission MINUSMA and Malian forces will in charge of the security. French president E.Macron said France would still provide air and medical support for MINUSMA in the coming months before transferring these responsibilities.

French soldiers and the European Takuba forces in Mali will be shifted to neighboring Niger. 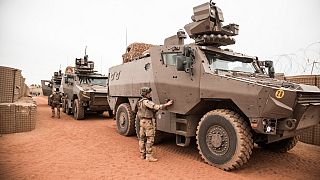 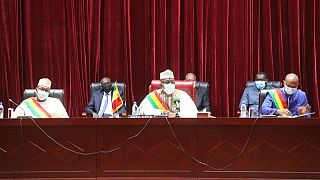