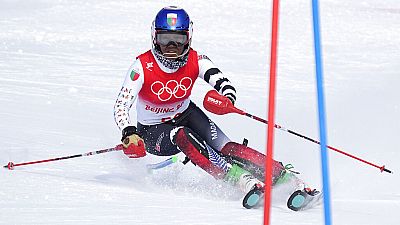 The 2022 Winter Olympics in Beijing, China is ongoing with athletes from all over the world.

Though the majority of countries in Africa have little or no snow, creating a challenging environment for Winter Olympic training, African athletes are up for the challenge and perhaps make history by winning a medal for the continent: Africa is yet to win a medal since the inception of Winter Olympics.

Meet the six athletes from five African countries who are poised for this challenge.

Shannon Abeda Shannon returns for his second Game after enduring racism, xenophobia, and a flurry of online abuse during the last games. He had quit and only sought to qualify late in 2021. He says he hopes to inspire the next generation of skiers from Eritrea. He also wants to move away from skiing and begin participating in bobsleighing competitions. He published a video titled “Dear Shannon” on Instagram about his journey finding the motivation to participate in the Games and overcoming the abuse he faced while growing up in Canada.

This island nation is represented by sending Mathieu Neumuller and Mialitiana Clerc.

Clerc returns for her second Winter Olympics after her debut at the 2018 Games in Pyeonchang, Korea. Each of them will be participating in the Downhill skiing events.

Clerc is the only female skier from the continent for this year’s Games following the withdrawal of Kenya’s Sabrina Samider. Clerc told Olympic organizers she hopes to “inspire Africans.”

“I'm trying to be the first woman who will be on a World Cup podium and to medal at the Olympics.” Neumuller was born in Madagascar but grew up in France.

Neumuller also competes in slalom and giant slalom and the Mont-de-Marsan native will be Madagascar's flag-bearer in Beijing.

He’s delighted to get the chance to fly the flag after pursuing a passion inspired by his father, a ski instructor, who's been helping and coaching him since he was age 3.

“The Olympic Games are a stage in skiing that is exceptional, and [the thought of it] makes my heart beat very fast. A little stress but a lot of joy," Neumuller told Olympics.com.

He honed his craft at the 'Club des 2 Alpes' and since then has skied in several competitions including three World Cup events in France.

The Malagasy have great hopes for his Olympic debut.

Morocco is represented by Sami Lamhamedi, a skier for the men’s Alpine Skiing and slalom events. He is looking to improve on his previous performances at the world championships. His father is Moroccan, and his mother is Canadian, but he chose to compete for the former way back in 2010. He won gold at the 2012 Winter Youth Games in Innsbruck, Austria, and went on to represent Morocco in the 2014 Winter Olympics at Sochi, Russia.

Ghanaian Carlos Maeder is the oldest alpine skier at the Games and only the third skier from Ghana. Having been adopted and raised in Europe, he sought to represent his country of birth,

He has explained that while his mother gave him up for adoption, he maintained connected to his Ghanaian culture and roots.

Nigeria’s Samuel Ikpefan Uduigowme is participating in the cross-country skiing event. He’s the first cross-country skier from Nigeria and the only African representative not competing in the alpine skiing competition. He activated his dual citizenship switch from French to Nigerian in 2016 and was forced to travel to Abuja, Nigeria, to convince the Nigerian Skiing Federation of his abilities.

He’s already helping to bridge the gap with other Nigerian skiers abroad who wish to represent their home country. He hopes to secure more Nigerian skiers in the 2026 Olympics in Milano and Cortina.

Africa’s history in the Winter Olympics

Six decades ago, at the 1960 Squaw Valley Games in California, South Africa became the first African state to represent Africa at the Winter Games. One-quarter of the African athletes were figure skaters, including Marcelle Matthews, who was the youngest participant at the Games at 11 years old. She was joined by Patricia Eastwood, 12, Marion ‘Penny’ Sage, 16, and Gwyn Jones, 20.

This was the last time South Africa would attend the Winter Olympics for the next 34 years, after initially being barred from participating in 1964 over the National Olympic federation’s refusal to condemn apartheid.

Eventually, the International Olympic Committee expelled the South African athletes to protest apartheid and the nation’s policies of racial discrimination. Since then, 15 countries have represented Africa at the Winter Olympic Games, about 28% of the continent’s 54 countries. 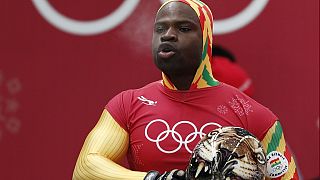 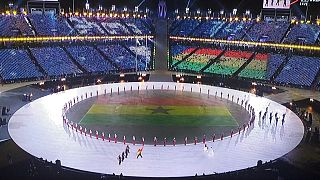 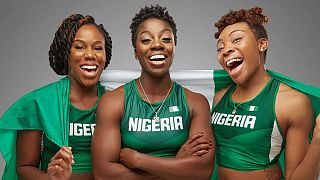