Protesters in Khartoum defiant despite crackdown

Sudan's military authorities have arrested a former senior government official a second time, his party said, as thousands of people took to the streets around the country Monday to protest an October military coup.

The Unionist Alliance party said Mohammed al-Faki Suliman, a former member of the ruling Sovereign Council, was detained Sunday in the capital of Khartoum.

It said security forces stopped his vehicle as he was heading from his home to the party's headquarters.

The detentions have intensified in recent weeks as Sudan plunged into further turmoil with near-daily street protests since the coup.

The takeover upended Sudan's transition to democratic rule that began after three decades of international isolation under al-Bashir, who was removed from power in 2019 after a popular uprising.

Protesters once again marched in Khartoum and its twin city of Omdurman on Monday, demanding the establishment of a fully civilian government to lead the transition, according to the pro-democracy movement.

There were protests in other cities, too, including Port Sudan and Wad Madani, it said.

Footage showed protesters in Khartoum beating drums and carrying flags while marching through the streets.

Security authorities in the capital have called on protesters to assemble in public squares to avoid more clashes with forces.

Police were seen using water cannon and tear gas to disperse some demonstrators in the city, with exchanges of stones being thrown.

A deadly crackdown on protesters has killed around 80 people and wounded 2,200 others since the coup, according to a Sudanese medical group. 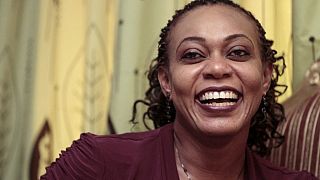 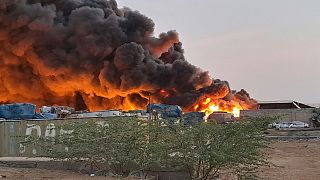