A race to celebrate the life of a champion. A cross-country race took place in Eldoret, Kenya in tribute to athlete Agnes Tirop. On the starting line, on Saturday, runners who had witnessed some of the achievements of 25-year-old Tirop who was murdered last October.

Among the distance-runners, Joyce Chepkemoi Tele won the 10KM senior women race. As she received her medal, she remembered fellow athlete Agnes Tirop: "We have run today’s race to commemorate Agnes Tirop, Agnes was such a good person and loved everybody without discriminating."

If the Memorial Agnes Tirop World Cross Country Tour celebrated a person, it also paid tribute to an outstanding career. A moment of silence was held and Vincent Tirop, the father of the late athlete highlighted the numerous wins of his late daughter.

"Today we are here to commemorate Agnes and to remember her racing, Vincent Tirop said**. If she were alive today, we would have expected to receive many more trophies like this one I am carrying because she was a champion of cross country.**"

The husband of Olympic runner Agnes Tirop was arrested last year as he tried to flee. He is the prime suspect in the murder of the record holder, which saddened an entire nation. Agnes Tirop is buried in her home village.

World Athletics and Athletics Kenya, the organizers of the race, said it will be held annually. 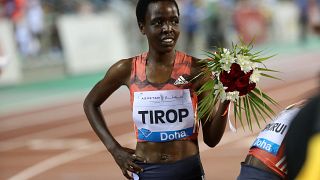 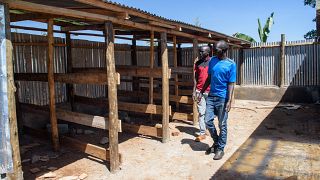 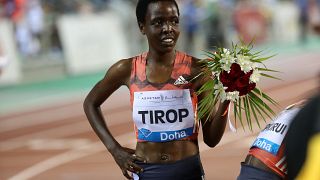