Malawi’s main power station stopped operating after the Chikwawa dam was damaged by the heavy rains following the landfall of tropical storm Ana on the 24th of January.

The country is expected to go through 6 months of power cuts, according to the national electricity company Egenco. More than 90 people were killed in the storm across southern Africa

"The impact that we have experienced here because of Cyclone Ana is that we have lost the dam here because the control mechanism that we had to take the water to the intake of the machines has been destroyed. We had the training dyke and that has been washed away," said Willy Liabunya, Egenco CEO.

Power stays mainly cut, leaving most parts of the country in darkness due to torrents of water-carrying debris that has choked turbines in most hydropower stations - many of which are located along the Shire river.

"For the temporary structure that we want to put up and quickly restore the power generation, we are looking at six months as the time that we will require, but that has to be verified by the consultant as he finishes the expert analysis of the work," added Liabunya.

Authorities confirmed that over 100 people were reported to have sustained serious injuries in 15 districts after more than a week of heavy rains.

According to the Department of Disaster Management Affairs, DoDMA, over 200,000 people from 48,000 households have been affected and many have been displaced. 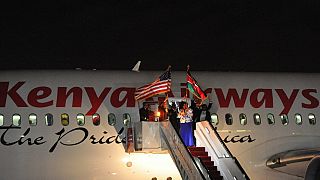