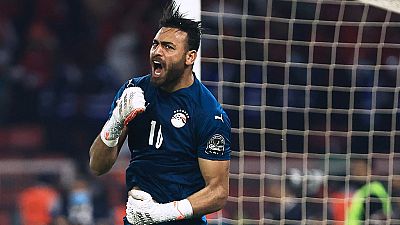 Egypt is on the verge of winning its eighth AFCON. This can only be determined on Sunday, February 6 as they clash with Senegal to end a month of captivating competition in Cameroon.

Mohamed Abou Gabal of Cairo club Zamalek was a late starter but he quickly took the spotlight, almost eclipsing superstar Mohamed Salah for a moment, by saving the penalties that separated the Pharaohs and their Cameroonian hosts 3-1.

For the Egyptians, and many Arabs who had only one team left in the African semi-finals, Mohamed Abu Gabal is "the great dam", named after the country's largest structure in Aswan, which provides 102 million Egyptians with much of their irrigation and electricity.

And the compliments came from far beyond the Arab world, with Brazilian writer Paulo Coelho himself tweeting a much-publicised "Congratulations to Egypt! Egyptian President Abdel Fattah al-Sissi, who is visiting Beijing, also congratulated the "heroes", saying that the whole country was "proud" of its national team.

It was not the most favourable draw for the Pharaohs, Internet users said. "Bravo! In one week, they have beaten Côte d'Ivoire, Morocco and Cameroon, all of whom were predicted to win the title," commented one on Twitter.

The Egyptian sports news websites assure us that this was achieved through some surprising techniques. Mohamed Abou Gabal, for example, they say, had written the names of the Cameroonian players and their preferred angle of fire on the water bottle he kept handy so he knew which corner of the goal to throw himself in to stop their balls.

After so many twists and turns, the Egyptian coaches are now asking the Confederation of African Football (CAF) to move the final from Sunday to Monday to guarantee an extra day of rest for their players. The Senegalese, who also qualified for the final, played their semi-final a day before the Pharaohs. 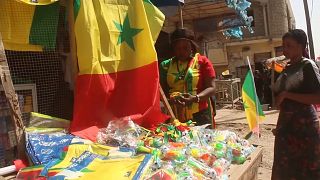 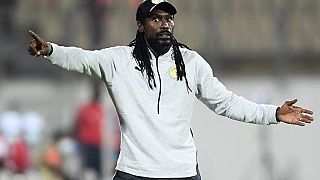