At least 29 people, including several children, are reported dead in a stampede Wednesday night in Liberia's capital Monrovia during a mob scene at a large Christian religious gathering on a football field, police said.

Local media reports that criminals caused a panic by robbing worshippers as they left the "crusade" rally, a witness told AFP.

"As we were leaving, some zogos (a name commonly given to street thugs) armed with knives started demanding money and phones," said Elisabeth Wesseh, 34.

"We got scared and started running, but the door was too small for all those people. Those who fell down were stepped on," she said.

The panic caused a backlash. "The people who were coming out found themselves in front of those who were running away," said Dixon Seebo, a local parliamentarian.

"Among the victims were 11 children and 18 adults," he said.

According to the police spokesperson Moses Carter, "The number (of deaths) could rise because more people are in critical condition,".

At the end of the gathering, the faithful were asked to make an offering before leaving, a witness reported.

"As those who had made their offerings were leaving, we heard a very loud noise coming from the entrance," the witness, Emmanuel Gray, 26, told AFP.

"When we got there, we came across many people lying dead and others fighting for their lives," he said.

Liberia's President George Weah has declared three days of national mourning and has tasked the police to conduct an investigation into ascertaining whether or not criminal acts were responsible for the tragedy.

The incident occurred during a two-day gathering in the poor district of New Kru, on the eastern outskirts of the capital. The prayer rally around a popular preacher, Pastor Abraham Kromah, drew large crowds, according to media and social media reports.

Such fervent demonstrations are common in this very religious and predominantly Christian country, one of the poorest in the world, which has suffered greatly in its recent history.

Liberia, a country of about five million people on the Atlantic coast, is struggling to recover from two civil wars that left some 250,000 people dead and hundreds of thousands displaced between 1989 and 2003. 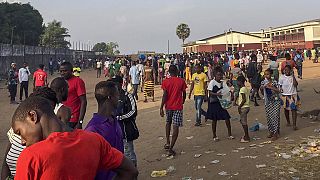 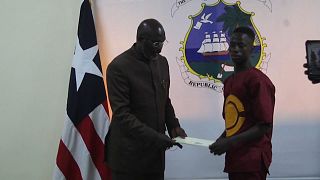 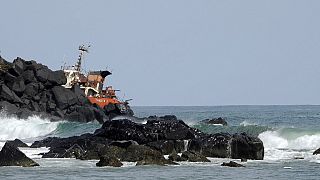