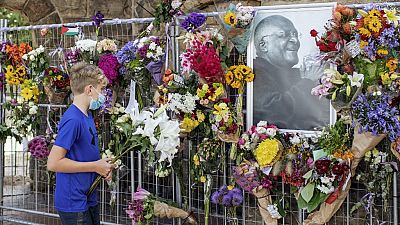 Tributes keep pouring in from across the world in honour of the late archbishop Desmond Tutu who died on December 26 at age 90.

On Wednesday Here in Johannesburg, a memorial service was held in honour of the late anti-apartheid fighter.

Not all had the oppourtunity to meet the archbishop but deem it necessary to pay their last respect now that he is no more. An example of such is the Mayor of Johannesburg Mpho Phalatse who said, " each time I came here as a young leader, I felt like I connected with what he stood for. It was always very precious for me to spend time here…"

Anglican Dean of Johannesburg, Xolani Dlwati recounted some childhood memories he has of the anti-apartheid leader.

"I lived in Soweto. So students were arrested, it is him crossing through the guns of the police and going to tell the police they must release these young people. He has no gun, he only has a bible. And that's when I realise he's either crazy, or he is brave."

Notable buildings and places in Cape Town, South Africa are still lit in purple as a way of hounouring the churchman. A funeral will be held for the Nobel Prize laureate on January 1.

Tutu will be laid in state for two days ahead of his funeral. The laying in state was initially scheduled to last just one day -- Friday -- but has been extended to Thursday "to accommodate more mourners," the Archbishop Tutu IP Trust and Desmond and Leah Tutu Legacy Foundation said.

The foundations added that Tutu "was very clear on his wishes for his funeral."

"He wanted no ostentatiousness or lavish spending," they said.

"He asked that the coffin be the cheapest available, and that a bouquet of carnations from his family be the only flowers in the cathedral."

He also asked that those who wanted to buy flowers send the equivalent amount in money to the two foundations instead, they said. 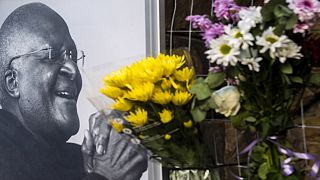 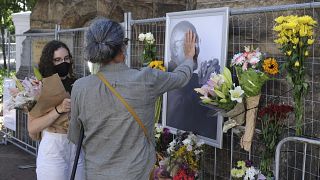