Hundreds of Senegalese on Friday took to the streets of the country’s capital Dakar, in a protest, accusing the government of subjecting opposition figures to lengthy detentions.

Many of the protesters directed their anger at President Macky Sall, who has been accused of interfering in judicial cases to suit his political interest.

Expressing his grievances, a member of the Associations of Advertising Agencies Pape Clédor Gueye, who also joined the protest, recounted how the government destroyed their working materials.

"We are young Senegalese people who have been working and owning structures for about ten years and unfortunately we are facing the injustice of this government…", he said.

The protesters called for the release of a leading member of the activist group Y'en a Marre. Mbissane Seck, who was was arrested on visa trafficking charges.

Senegal has long been considered a bastion of democracy in Africa and a regional leader on diplomacy issues in West Africa. When Sall was first elected in 2012, he defeated then President Abdoulaye Wade, who had sparked big demonstrations by seeking a third term in office.

Since Sall's re-election in 2019, though, he has faced growing criticism, particularly from those who fear that he too may seek to run for president again.

Earlier this year, there were protests across Senegal after an opposition politician, Ousmane Sonko, was accused of rape.

Sonko's supporters maintain the charges were brought to disrupt his future political ambitions after he placed third in the last election. 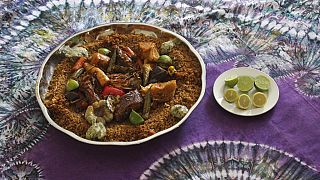 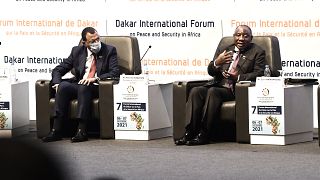