Thousands of volunteers clap and cheer as these civilian military recruits march through a school playing field in Addis Ababa, chanting the name of Ethiopian Prime Minister Abiy Ahmed.

This was one of 11 similar events taking place across the city.

"Ethiopia will prevail. They are very small in number, we have too many people for them. We are one, we are united, and we take Ethiopia forward together." Buzena Abdulkadir, Addis Ababa city council speaker stated.

Ethiopia’s war - between the country's military and fighters from the northern Tigray region - is nearing the city.

So far thousands of people have been killed in the year-long conflict.

A group who call themselves citizen officers are on the lookout for potential members of the TPLF. Mesfin Zerfu is a community organiser and citizen officer, he told Sky News he had TPLF "sympathisers and members" hiding in a house and there were subsequently taking into custody.

The United Nations is concerned however, and says most of those who have been locked up are Ethnic Tigrayans.

It reported that more than 1,000 have been detained in the past two weeks.

A prominent Tigrayan who spoke anonymously said the number could be a lot higher.

You can't use your language outside. If you use, you will be detained, you'll be taken. All are considered as TPLF, whether you have other ideas or political opinions, you'll be considered TPLF."

The Tigray forces, who had long dominated the national government before the prime minister took office in 2018, have approached Addis Ababa in recent weeks and joined up with another armed group, the Oromo Liberation Army, with the aim of pressing Abiy to step aside.

The Tigray fighters “likely possess a variety of anti-aircraft capable weapons, including rocket-propelled grenades, anti-tank weapons, low-caliber anti-aircraft artillery, and man-portable air-defense systems,” or MANPADS, which could reach up to 25,000 feet above ground level, the FAA advisory said.

The Tigray forces also say they are pressuring Ethiopia’s government to lift a months-long blockade on the Tigray region, which includes an Ethiopian government restriction on flights over Tigray. 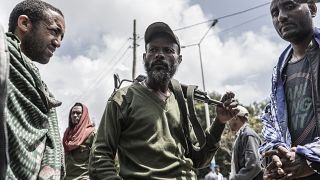 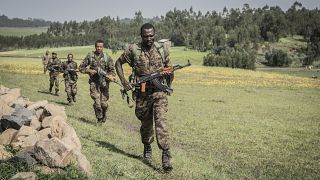 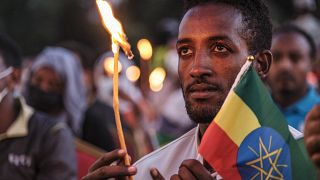