The French troops on Wednesday officially handed over the farthest northern post in Tessalit to the Malian forces.

Paris troops have been occupying the post for the past eight years as they fight the insurgency from the northern jihadists in the region.

The French army has also indicated that it will surrender its Timbuktu post to concentrate further south in Gao, Ménaka and Gossi.

This is the second base the French troops have handed over after it first did the same with the Kidal base in mid-October.

In June, Paris began reorganizing its military presence in the fight against jihadists in the Sahel, notably by leaving its northernmost bases in Mali (Kidal, Timbuktu and Tessalit) and planning to reduce its troops in the region by 2023 to 2,500-3,000 men, compared with more than 5,000 today.

Relations between Paris and Bamako soured on September 25, when Mali's transitional Prime Minister, Choguel Kokalla Maïga, accused France, which has been militarily engaged in Mali since 2013, of "abandoning in as the insurgency persisted.

The relations further went south when the Malian government made some deals with Russian mercenaries to help boost its security. 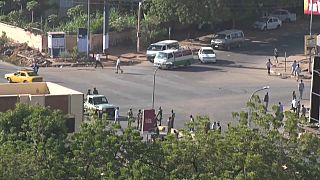