Sudanese security forces killed at least five demonstrators Saturday in a crackdown on anti-coup protests, after the military tightened its grip by forming a new ruling council.

"Burhan overthrew the revolution. He overturned the civilian side. Yesterday, all over the international news they said they will not confront peaceful protesters. Now no one hit them. People were marching in the streets and they hit us with tear gas. No one threw rocks. No one asked them for anything. They were walking down the street and they were hit with tear gas." One of the protesters, Khaled Jumaa stated :

The independent Central Committee for Sudanese Doctors said three of the deceased were killed in east Khartoumn and two in Khartoum's twin city of Omdurman.

According to the medics, Four of the victims were shot dead, while one died from "suffocation by tear gas.

Speaking in Arabic, another protester, Mohammed Ahmed, protester added: "We have been oppressed so much in our short history and the day of the coup, they broke into our dormitories at the University of Khartoum. They abused and violated us. At the end of the day, the youth has a long breath and will not give up and will not stop this revolution until we reach the goals of the revolution."

A "large number of people" were also wounded by live rounds, according to medics. Security forces went to one hospital in Omdurman and detained several of the wounded,

The latest deaths brings to 20 the number of people killed in anti-coup protests since the military takeover on October 25, according to the medics.

State television reported that 39 police personnel were "severely wounded" in clashes with protesters. The police accused protesters of attacking police stations saying the demonstrations "began as peaceful but quickly veered off course". They denied using "live rounds", saying they used only "minimum force".

Gunshots were heard and tear gas fired as security forces tried to break up the protests, witnesses and AFP correspondents said. "No, no to military rule", "Civilian (rule) is the people's choice", protesters shouted.

The US embassy in Khartoum said it "deeply regrets the loss of life and injuries of dozens of Sudanese citizens demonstrating today for freedom and democracy." 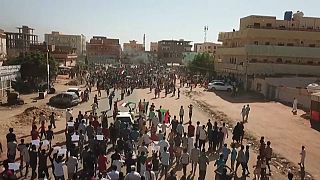 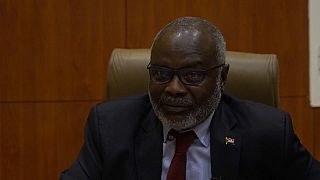 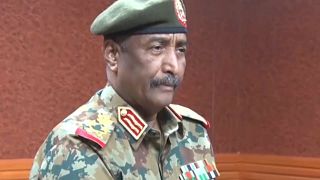