Tanzanian President on Tuesday during her COP26 speech in Glascow, called on developed countries to fulfill climate finance goals of donating 100 billion US dollars by 2025 to facilitate the implementation of the Paris Agreement.

"We know what is required and we know that if the world will not act accordingly, the countries like ours with lower adaptive capacity have no option but to brace for more devastating impacts. Our pride, the Mount Kilimanjaro, is drastically becoming bald due to glacier melting. Our exotic and beautiful archipelago, Zanzibar, is struggling with temperature rises, saltwater intrusion and inundat-ion, thus impacting its tourism ecology. What does all this mean to a poor country like Tanzania? It means 30% of our GDP (gross domestic product) that comes from agriculture, forestry and fisheries is not sustainable."

In 2009, developed countries agreed to raise 100 billion US dollars per year by 2020 to help the developing world deal with the fallout from a warming planet.

The latest available estimates from the Organisation for Economic Co-operation and Development ( show that the funding hit 79.6 billion US dollars in 2019, just two per cent more than the preceding year. 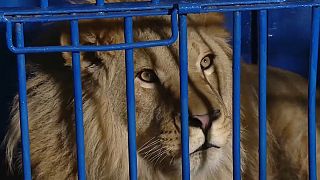