Nigeria: New leadership for PDP as it eyes 2023 polls

The former Senate President, who was the party’s consensus candidate at its national convention in Abuja, got 3,426 affirmative votes of 3,511 accredited voters.

In his address, the chairman elect showed appreciation to party members saying it was time to rescue Nigerians from difficulties.

"PDP is back, and it's back to rescue Nigeria from the terrible mess we have been in, in the last six years."

The new leadership is expected to identify strategies that would lead the party to victory in the 2023 general elections.

former Senate president Bukola Saraki, said the current government has made Nigeria a difficult place to leave in. "When PDP was in power, Nigeria was not so divided. Today it is so divided, never been since the civil war. Today, the level of unemployment is over 50% of unemployed and underemployed, it was never like that before. Today, Nigeria is the poverty capital of the world, it was never like that before. These are the things that we are ready to correct and make Nigeria a much better place."

Efforts to achieve consensus candidates for all 21 elective national offices of the party suffered a setback as agreement could not be reached for three offices.

Members of the new Committee are expected to assume office after the tenure of the incumbent members expires on December 9.

However, Mr Arapaja garnered 2,004 votes to defeat his only rival, Olagunsoye Oyinlola, former Governor of Osun, who polled 705 votes, while invalid votes were165. 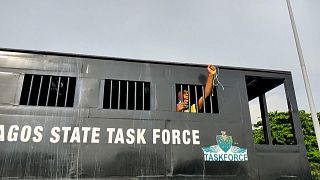