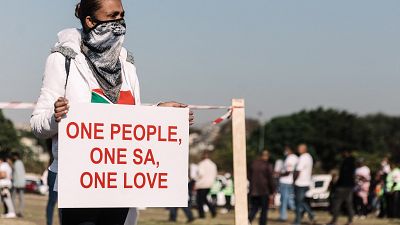 On the face of it, Phoenix is a peaceful South African town, with affluent homes, a shopping centre, and several places of worship perched on a hill.

So peaceful that Mahatma Gandhi started a settlement and printed a newspaper there to spread his ideas of non-violence in the early 20th century.

But more than 30 people were killed three months ago on the streets of this mainly Indian town of 180,000 people, in an outbreak of vigilante violence as South Africa experienced its worst unrest in decades.

The victims were mostly black residents of Inanda, a township of corrugated iron houses and palm trees that spreads across the next hill from Phoenix.

Nationwide violence erupted in July after former president Jacob Zuma was jailed for 15 months for ignoring a judicial investigation into graft during his time in office.

The racial overtones in July were impossible to miss. Most rioters shown on television were black, potentially altering perceptions of people from Inanda as they passed through Phoenix.

Police said at least 36 people were killed, including 33 black men -- or almost one in ten of the death toll of 350 across South Africa.

Some of the dead in Phoenix were shot in the head, while others were beaten to death, or even suffered both.

More than 50 people have been arrested on murder charges.

One woman with Indian roots said nine of her neighbours were now behind bars, including her father.

"He didn't do it. We are not racists," she said, listing her "black friends" and a pointing to a black neighbour.

"It was a bad time," she said. "Everyone was out on the roads to protect our community."

People are still being reported for involvement in the violence three months on, and tensions between the two communities are high.

The hangover from the violence has influenced political campaigning ahead of local elections scheduled for November 1.

Hundreds of businesses were looted and torched during the outburst.

Meanwhile the main opposition Democratic Alliance has stoked tensions, putting up posters hailing as "heroes" those behind what has become known as the "Phoenix massacre".

"They called us heroes because they want our votes," said an outraged resident who did not wish to be named.

Before the violence, Phoenix and Inanda co-existed, despite crime on the streets in one of the world's most violent countries.

"Cars are being carjacked, houses are broken in. But this, I'd never seen this before", said private security guard Mark Nadasen.

Her 19-year-old son Sanele Mngomezulu was killed on July 12 while driving around with a group of friends.

They ran into an armed patrol outside Phoenix, which opened fire. Mngomezulu was killed by three bullets as he fled the scene.

"It's racism," she said in her modest kitchen, clutching a photo of her son.

Under white-minority rule, which ended in 1994, Indian and mixed-race South Africans were classed as "coloured" with more rights than the majority blacks.

"We were made third-class citizens, while Indians were regarded as second-class citizens," said Pastor Vusi Dube, who buried several victims in Inanda during the unrest.

Among residents too cautious to give their names, many suspect that some in power deliberately stoked the violence.

Days before the unrest, alarming messages circulated on social media, warning: "They are coming for your house, they are going to burn your house."

"Some people wanted this to happen," said one resident. 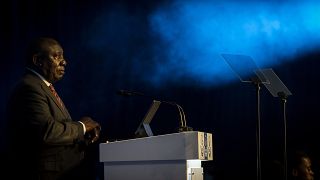