Tanzania is accelerating efforts to join the prestigious Liquefied Natural Gas (LNG) exporters club. After negotiations with oil companies stalled in 2019, President Samia Suluhu Hassan has restarted them. She wants talks to conclude this year and development to start in 2023.

The East African country is desperate to unlock as much as $30bn in foreign investment but also to escape the energy transition, or the rush to decarbonize that could render its enormous gas reserves useless.

Tanzania has an estimated 57 trillion cubic feet of gas reserves but disagreements with oil corporations over production sharing disputes have kept them untapped.

The lull allowed neighboring Mozambique to press ahead, only for an Islamist insurgency in its northern Cabo Delgado province to force Total and other oil majors to abandon their gas projects.

Abdulsamad Abdulrahim, the chair of the Tanzania Association of Oil and Gas Service Providers (ATOGS) joins us from Dar es Salaam to talk more about the new momentum in the country’s gas ambitions.

Unlike Tanzania which is an aspiring gas producer, Egypt is a more experienced one.

The country has announced that construction of a new gas pipeline in its western desert has begun. The facility is expected to pump 15 million cubic feet of gas per day.

These developments might be crucial on the long run, as the authorities decided on hiking fuel prices for the third time this year. According to EFG Hermes, higher fuel prices will not have a large impact on headline inflation, given a 2.4% average increase in prices and a continued stabilisation of diesel prices.

The lack of vast expanses of land for agriculture and the threat of pests and diseases is pushing farmers in Togo’s cities to turn to greenhouses to grow vegetables.

This way, crops are protected from the vagaries of nature through carefully managed conditions that support plant life.

Is this the future of urban farming in the West African country? 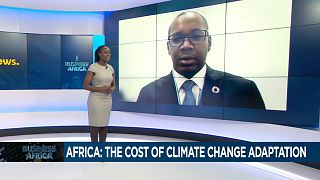