Benson Kipruto takes the crown as the winner of the Boston Marathon. The Kenyan cross-country runner became the 125th winner of one of the most prestigious events on the world calendar.

Benson Kipruto took his time to take the lead in a race that was initially dominated by American CJ Albertson.

The Kenyan would later break away with 10 kilometers to go and won the race solo in 2 hours 9 minutes and 50 seconds, ahead of two Ethiopians, Lemi Berhanu and Jemal Yimer.

It was not to be the end for Kenya as the spotlight again shone when three compatriots made the podium in the women's race: 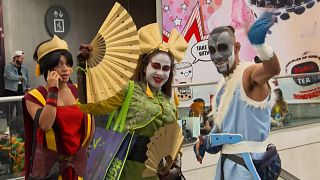