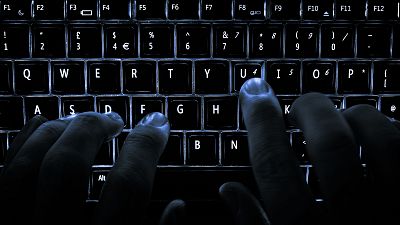 Czech Prime Minister Andrej Babis and former British leader Tony Blair on Monday denied acting improperly after they were named in a report unveiling the offshore dealings and hidden assets of some of the world’s richest and most powerful people.

The two men were among more than 330 current and former politicians identified as beneficiaries of secret accounts in a report released Sunday by the International Consortium of Investigative Journalists that involved 600 journalists from 150 media outlets in 117 countries.

The report — based on the review of nearly 12 million files obtained from 14 firms located around the world and carried out by a consortium of hundreds of journalists — found the rich and powerful have been hiding their investments in mansions, exclusive beachfront property, yachts and other assets for the past quarter of a century.

The Pandora Papers are a follow-up to a similar project released in 2016 called the “Panama Papers" compiled by the same journalistic group.

The shell companies and the chateau were not disclosed in Babis’ required asset declarations, according to documents obtained by the journalism group’s Czech partner, Investigace.cz.

A real estate group owned indirectly by Babis bought the Monaco company that owned the chateau in 2018, the probe found.

“I was waiting for them to bring something right before the election to harm me and influence the Czech election,” Babis tweeted in his first reaction to the report.

“I have never done anything illegal or wrong, but that does not prevent them from trying to denigrate me again and influence the Czech parliamentary elections,” he added.

The Czech Republic parliamentary election is being held on Friday and Saturday.

He stressed during a televised pre-election debate on Sunday evening: "Let me say this, this is important. The money was sent out of a Czech bank, the money was taxed, it was my money and it returned back to the Czech Republic."

The investigation also alleged that Tony Blair, Britain's Labour prime minister from 1997 to 2007, became the owner of an $8.8 million (€7.6 million) Victorian building in 2017 by buying a British Virgin Islands company that held the property, and the building now hosts the law firm of his wife, Cherie Blair.

The two bought the company from the family of Bahrain’s industry and tourism minister, Zayed bin Rashid al-Zayani. Buying the company shares instead of the London building saved the Blairs more than $400,000 (€345,000) in property taxes, the investigation found.

The Blairs and the al-Zayanis both said they didn’t initially know the other party was involved in the deal, the probe found. Cherie Blair said her husband wasn’t involved in the purchase, which she said was meant to bring “the company and the building back into the UK tax and regulatory regime.”

She also said she did not want to own a British Virgin Islands company and that the “seller for their own purposes only wanted to sell the company,” which is now closed.

A lawyer for the al-Zayanis said they complied with UK laws.

The Blairs also said in a statement on Monday that they will pay capital gains tax if they ever sell the property and "that the allegation that they avoided tax is therefore completely false."

"They have always paid their taxes in full and have never used offshore avoidance schemes of any kind."

Other Europeans named in the report include Vladimir Putin's image-maker and chief executive of Russia's leading TV station, Konstantin Ernst.

The investigation alleged he got a discount to buy and develop Soviet-era cinemas and surrounding property in Moscow after he directed the 2014 Winter Olympics in Sochi. Ernst told the organisation the deal wasn't secret and denied suggestions he was given special treatment.

Svetlana Krivonogikh, who Russian media claim was once Putin's mistress, was also named in the report, with the investigation flagging she acquired a flat in Monaco in 2003 for $4 million (€3.4 million) via offshore accounts.

Oligarch Gennady Timchenko and Petr Kolbin — both close friends of the Russian President — are also cited.

Kremlin spokesman Dmitry Peskov dismissed the report on Monday, telling reporters: "Here we are simply dealing with a set of completely unfounded allegations (...) When there are serious publications, based on things or referring to serious things, then we will read them with interest."

"We don't understand how this information can be considered reliable," he added.

Data leak must be 'wake up call'

Also implicated in the leak, which shows how trillions of dollars have collectively been shielded in hidden dealings, are Jordan’s King Abdullah II, Kenyan President Uhuru Kenyatta, and Ecuador's President Guillermo Lasso.

Many of the accounts were designed to evade taxes and conceal assets for other shady reasons, according to the report.

“The new data leak must be a wake-up call,” said Sven Giegold, a Green party lawmaker in the European Parliament. “Global tax evasion fuels global inequality. We need to expand and sharpen the countermeasures now.”

“This is where our missing hospitals are," Oxfam International said in a statement. “This is where the pay-packets sit of all the extra teachers and firefighters and public servants we need. Whenever a politician or business leader claims there is ‘no money’ to pay for climate damage and innovation, for more and better jobs, for a fair post-COVID recovery, for more overseas aid, they know where to look."

The report involves leaks from 14 different service providers doing business in 38 different jurisdictions in the world. The records date back to the 1970s, but most of the files span from 1996 to 2020.

But some of the secret accounts were also scattered around in trusts set up in the US, including 81 in South Dakota and 37 in Florida.