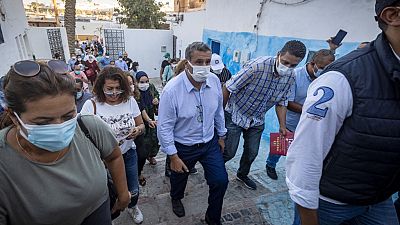 Three Moroccan political parties, including the Islamists at the head of the government and the main liberal opposition party, have denounced the illegal use of money during the campaign for the general elections scheduled for September 8 .

"We accuse the National Rally of Independents (RNI, liberal) of flooding the political scene with money," Abdellatif Ouahbi, secretary general of the Authenticity and Modernity Party (PAM, liberal) told AFP on Thursday.

The ruling Justice and Development Party (PJD, moderate Islamist) also condemned "the obscene use of funds to lure voters and some polling station supervisors," without naming any party, according to a statement issued Wednesday.

The latter party, along with the PAM and the RNI, are the main parties that can claim to lead the next executive, which has been led since the Arab Spring (2011) by the PJD, although these Islamists do not control the strategic ministries.

The country's second largest political force, the PAM - founded by an influential royal advisor, Fouad Ali El Himma, in 2008 before he resigned in 2011 - was the PJD's main rival, particularly during the last legislative elections in 2016.

While the RNI, which is part of the government coalition, is led by businessman Aziz Akhannouch, one of the kingdom's biggest fortunes, Minister of Agriculture since 2007 and described as close to the Royal Palace.

In the aftermath of the last legislative elections, the RNI and the PJD were locked in a tug of war. Mr. Akhannouch opposed the head of government-designate Abdelilah Benkirane, then secretary general of the PJD, during unsuccessful negotiations to form a majority.

Mr. Benkirane was then dismissed by King Mohammed VI and replaced by the PJD's number two, Saad Eddine El Othmani.

In addition, the secretary general of the Party of Progress and Socialism (PPS, center-left), Nabil Benabdellah, also criticized the RNI for "giving sums of money, in full view of everyone, to attract candidates from other parties", in an interview given this week to a local media.

When contacted by AFP, an official of the RNI preferred "not to comment" on these accusations already "rejected" by the party in a statement issued Tuesday.

The election campaign started a week ago. About thirty parties are mobilized to try to convince nearly 18 million Moroccans to move to elect the 395 deputies of the House of Representatives and more than 31,000 elected communal and regional.