In this episode of Business Africa, the wood industry in Central Africa lacks dynamism.

As a result, countries do not benefit enough from its resources. To change this situation, the Central African Economic and Monetary Community is focusing on the local processing of wood. Hence the ban on the export of logs. The measure is due to come into force in January 2022.

A continental free trade area project launched in January was in its preliminary stages. According to its secretary-general, Wamkele Mene, several African banks are working on financing the zone. A single market where goods and services made in Africa can be exchanged without customs duties is the aspiration of the AfDB president.

In the 1980s, Burundi's cotton fed the textile industry. Afritextile, Burundi's largest textile company, must now import cotton. The country cannot meet its estimated demand of 2,000 tonnes. Its production is 700 tonnes. The sector is no longer profitable. The shortage of arable land and the fall in the price of cotton have pushed cotton farmers to seek opportunities elsewhere. 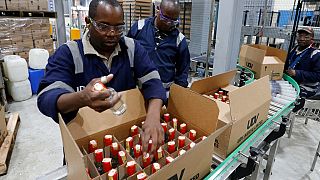