Hundreds of people are now living in a refugee camp organised inside an empty school in the Lithuanian village of Vereniejai.

Migrants and refugees from as distant places of the globe as Iraq and Cameroon recounted Sunday how they had paid thousands of dollars to cross borders and faced dangerous terrain and even wildlife to reach Europe.

Iraqi migrant Mustafa Hussein Hanad said he "gave somebody 1,400 dollars" in Minsk to take him to the woods and show him the way to the border.

"We faced wild animals and all other things. I thought we were going to die in that forest," added Hanad's fellow countryman Haidar Al-Garawg.

The phenomenon has accelerated in July.

More than 1,500 people have crossed into Lithuania from Belarus in the past two months — 20 times more than in all of 2020.

Tensions between the EU and Belarus escalated even more after Belarus diverted a passenger jet on May 23 to arrest an opposition journalist.

In an interview with The Associated Press, Lithuanian Prime Minister, Ingrida Šimonytė, noted that refugees and migrants were being instrumentalised by certain politicians to exert pressure on the European Union.

She added that people like Belarusian President Alexander Lukashenko and Russian President Vladimir Putin don't care about people of Iraq or African countries.

Lituania is also the host country of the exiled leader of the Belarus opposition Sviatlana Tsikhanouskaya.

"It's obviously an attempt of revenge by (Alexander Lukashenko's) regime on Lithuania and the whole European Union for their support of the civil society in Belarus," she said.

Belarus' authoritarian President Alexander Lukashenko has said his country will halt cooperation with the 27-nation bloc on stemming migration in retaliation for bruising economic sanctions the EU slapped on Belarus over the passenger jet diversion.

On Friday, Lithuania started building a double barbed wire fence on the Belarus border. It will run for 550 kilometers (342 miles), covering most of the nearly 680-kilometer (423-mile) border and cost 41 million euros (48 million US dollars), according to Lithuanian authorities.

In addition, Lithuania has set up tent camps to accommodate the growing number of migrants. 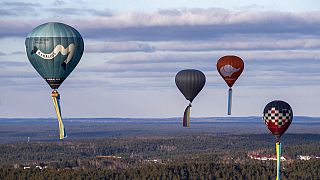 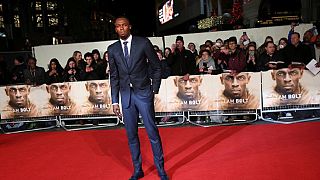 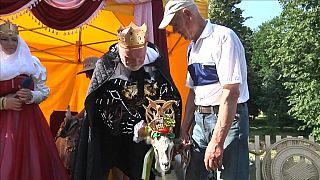