It appears that many Malians welcome the departure of over 2,000 French Barkhane troops from the Sahel by the end of the year. In the region since 2013 -- operating in Mali, Chad, Niger, Burkina Faso and Mauritania, the unit’s presence.

While governments in the Sahel have embraced France's military help, some critics have likened their presence to a vestige of French colonial rule. As such, the unit's presence has been met with resistance from many locals.

"The departure of half of the French troops from Mali by the end of the year, I think it's good," said 25-year-old Samba Diakite, who works fixing mobile phones in a popular market in Bamako.

"If they leave, maybe people who want to fight for real, without playing politics and without exploiting our wealth, will come and help us," he added.

On Friday, after discussions with leaders of the African countries involved, President Emmanuel Macron said that more than 2,000 troops -- that France has as part of an anti-extremism force in Africa's Sahel region, will leave by early next year and pivot its military presence to specialized regional forces instead.

The country currently has 5,000 troops in the region.

"The conflicts are not like they used to be. They are getting worse and spreading everywhere. They used to be in the North, now they have reached other regions. So, I would like the French military to leave," 25-year-old hairdresser Alima Sacko told media while waiting for clients.

France's Barkhane force will close its bases in Timbuktu, Tessalit and Kidal in northern Mali over the next six months.

France will then begin to reconfigure its presence in the coming weeks to focus particularly on the restive border area where Mali, Burkina Faso and Niger meet.

Macron insisted that his country is not abandoning African partners, and would continue to help fight groups linked to Al-Qaida and the Islamic State group.

Niger's President Mohamed Bazoum, speaking at Macron's side, welcomed the French military support and training, but on African terms.

Operation Serval was later replaced by Barkhane and was expanded to include other countries in an effort to help stabilize the broader Sahel region.

Islamic militants, though, have continued to launch devastating attacks against the militaries fighting them as well as increasingly against civilians.

Hundreds have died since January in a series of massacres targeting villages on the border of Niger and Mali. 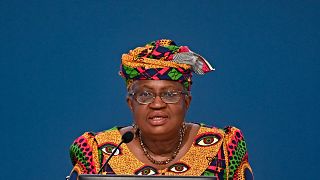