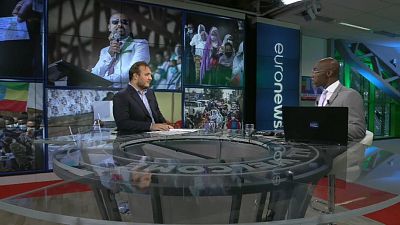 As Ethiopia heads to the polls this Monday as part of its National and regional parliamentary elections, Prime Minister Abiy Ahmed said this would be « the nation’s first attempt at free and fair elections ».

He says all Ethiopian citizens won't be able to take part in the election.

Prime Minister Abiy Hamed described this election as the first fair and transparent elections in the country, is this a true description?

In one fifth of the 547 polling stations, voters will not be able to participate in the elections.

In 64 of them, the vote was pushed back to September 6.

Officials have yet to set a date for the 38 constituencies of the Tigray region, where 7 months of conflict means 350,000 people now suffer from famine and millions have been displaced by fighting and bombardments since Abiy Ahmed launched its military offensive on Tigray and the TPLF, the Tigray people’s liberation front in November.

Ethiopians have been waiting for these elections to take place for a long time: they were supposed to take place in August 2020 but were delayed twice, as a result of the Covid-19 pandemic but also because of logistical issues (printing the ballots and distributing them), and as a result of insecurity, other than the ongoing war in Tigray.

There has been some tensions and outbreaks of ethnic violence that has killed hundreds of people in the Amhara, Oromia and Benishangul-Gumuz regions in the past few months.

Opposition groups have accused Ethiopia’s ruling party of harassment, manipulation and threats of violence that echo abuses of the past.

Some prominent opposition parties are boycotting the election. Others say they were prevented from campaigning in several parts of the country.

Abiy's ruling prosperity party, formed in 2019 by merging groups who made up the previous ruling coalition, is widely expected to cement its hold on power. The party that wins a majority of seats in the house of peoples' representatives will form the next government.

It's been a remarkable reverse of fortune for Abiy Ahmed who won the Nobel Peace Prize three years ago...

President Abiy’s image on the international political scenes has been tarnished this past year.

When he came to power in 2018, at the head of a governing coalition, he was praised internationally for his democratic reforms and for ending two decades of hostilities with neighbouring Eritrea, which earned him a nobel peace prize in 2019.

But he now faces mounting international pressure over the war in Tigray and accusations from rights groups that his government is clamping down on some new freedoms, which it has denied.

International concern has been growing about the election. the U.S. has said it is "gravely concerned about the environment under which these upcoming elections are to be held".

And the European Union said it will not observe the vote after its requests to import communications equipment were denied.

Across Africa, some countries will look closely at what is going on in Ethiopia, such as Sudan and Egypt, who have been opposed to Ethiopia's Renaissance Dam project as they say it would pose a threat to their economies, but also neighbouring Eritrea and Somalia.

In response to international criticism, Ethiopia said external observers "are neither essential nor necessary to certify the credibility of an election,'' although it has since welcomed observers deployed by the African Union.

Abiy Ahmed's spokesperson also said that president Abiy did not “need to be the darling of the West, the East, the South or the North”. 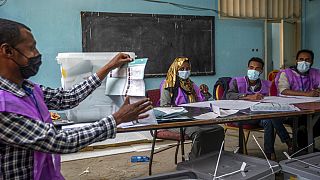