Champions League: Fans to be allowed in stadium to watch Esperance vs Al Ahly 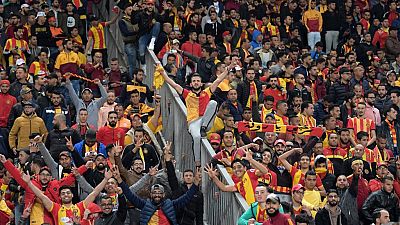 Tunisian authorities have authorized the presence of fans for the first leg of the African Champions League semi-final between Esperance of Tunis and Al Ahly on Saturday, which will be the first match with a public since the start of the pandemic in March 2020.

Some 5,000 people have been authorized to enter the 60,000-seat Rades stadium, the Tunisian Football Federation told AFP. They will all have to wear a mask and present a negative PCR test, Riadh Bennour, an executive of the Tunisian club, told private radio Mosaïque, adding that a free test cell will be opened Friday for ticket holders.

This match will be the first to be played in the presence of the public in Tunisia for over a year, after the interruption of competitions in March 2020, then a resumption behind closed doors during the summer. Club Africain has applied to play the Tunisian Cup semi-final against US Monastir on Sunday in Rades in front of a crowd.

Tunisia, which almost ran out of oxygen at the end of April, is once again seeing the health situation deteriorate, with several hundred new confirmed cases and dozens of deaths per day. The country of 11 million people has recorded up to 374,312 test-confirmed cases and 13,721 deaths.

Self-isolation for travelers has been eased as the tourist season approaches, and the curfew in place from 10 p.m. to 5 a.m. has been extended until June 27. In theory, masks are mandatory in closed public places, and the use of restaurants is limited. But these preventive measures are little respected, either by citizens or authorities.