Anger still rumbles on in Chad after the announcements of Mahamat Idriss Déby.

The Chadian opposition has once again condemned the decisions by the Chadian government to have a committee that is now in charge of appointing the members of the next National Transitional Council.

The body, which is supposed to replace the Chadian National Assembly for the next 16 months.

Succès Masra, who is the president of the opposition party The Transformers, has accused the military of swindling power.

"Chadians have noticed that the three people at the head of the country are people who were either members or allies of the former ruling party. It is a strange way of restarting a country with all of Chadians by imposing on them the same people who have led Chad into the current situation." Succes Masra, of Chadian opposition party "Les Transformateurs" said.

As for the Chadian opposition, there is no doubt that the seizure of power by the National Transitional Council and Mahamat Idriss Déby following the death of Idriss Déby Itno is nothing other than a coup d'état.

"Should they lead or be in charge, when 80% of them are from the same family and the same province of Chad, should they decide for 15 million Chadians? No!" exclaimed Masra.

"Those who believe that this truce that we have organized out of responsibility to give dialogue a chance to take place, those who want to cheat us and play the anesthetist, they will find us in their path," he added.

Succès Masra is now calling for a majority of the 93 members of the next National Transitional Council to come from civil society, or else civil disobedience operations will resume across the country. 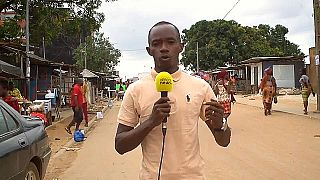