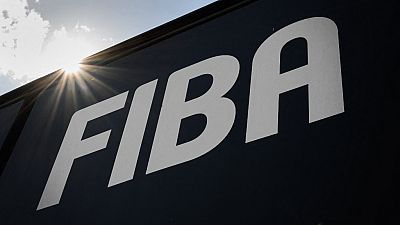 The president of basketball's world governing body has stepped aside amid an investigation into allegations of systematic sexual abuse of players in his national federation.

Hamane Niang "strongly denies allegations" that he ignored abuses by coaches and officials in Mali when he led the national federation there from 1999 to 2007, the International Basketball Federation (FIBA) said in a statement Monday.

The New York Times has published allegations implicating a dozen coaches and officials in sexual abuse involving about 100 players. Three men - coach Amadou Bamba, trainer Oumar Sissoko and official Hario Maiga - were suspended from all FIBA activities during an investigation ordered by the Swiss-based governing body.

Hamane Niang has "offered his full cooperation" with the investigation, FIBA said, and asked Malian officials to cooperate as well. "FIBA has zero tolerance for all forms of harassment and abuse and expresses its sincere sympathy to the victims of such behavior," it added.

The investigation will be led by FIBA's chief integrity officer, Richard McLaren, a Canadian law professor who detailed the Russian state-sponsored doping scandal. "Richard McLaren has confirmed that the report should be delivered shortly after the Olympics," FIBA said. The opening of the Tokyo Olympics on July 23 was expected to be a highlight of Niang's four years as FIBA president, which began in 2019.

FIBA has an elected presidency that is a figurehead compared to the executive role of other sports governing bodies. It rotates between the continents, each of which has a four-year term.

Hamane Niang, 69, is not directly involved in the sexual abuse allegations that the New York Times reported took place between 1999 and 2011. He was appointed Minister of Sports and Culture in the Malian government from 2007 to 2011 after his presidency of the Mali Basketball Federation, according to his biography on the FIBA website.

During Hamane Niang's absence, his duties will be assumed by the first vice president, Sheikh Saud Ali Al-Thani of Qatar.