Nearly half a century after the genocide in Namibia, Berlin Wednesday rejected calls for reparations from Namibians over colonial-era killings.

In May, for the first time, Germany recognised that it had committed a genocide against indigenous Herero and Nama people between 1904 and 1908.

There had been calls for reparations from countries including Greece and Poland over Nazi-era massacres.

As part of a deal with Namibian negotiators after six years of talks, Berlin offered a financial programme of 1.1 billion euros ($1.3 billion), saying the sum it was offering was on a “voluntary basis” and not for reparations.

The sum will be paid over 30 years, and must primarily benefit the descendants of the Herero and Nama says Berlin who found the negotiations questionable since the very beginning.

Critics had called for financial compensation of up to hundreds of billions of euros, a sum Germany believe didnot correspond to reality. 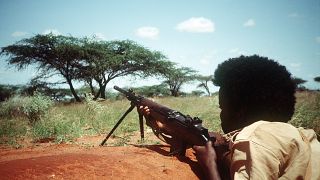