As Uganda gears to participate in the sport of boxing at this summer’s Olympic Games in Tokyo, Japan, Catherine Nanziri will be the first-ever female boxer to represent the East African nation.

The budding athlete and trailblazer hopes to inspire other girls who aspire to greatness.

The young impressive has worked hard to get to this point.

"I feel proud of myself because it is a prayer that every sportier could have prayed to go for the Olympic Games and being the chance that I am the first female boxer it has given me a good profile depending on the sport and the future."

Ugandan athletes have typically excelled in the sport of boxing -- always with great chances at bringing home medals.

Nanziri qualified for the big games based on ranking twelfth in the world and fourth in Africa.

She may be soft-spoken with a perhaps non-intimidating appearance at first sight. But the athlete insists that this part of her charm as a boxer.

"I am a unique person, I think, my name is pure, it means purity. So I love to be unique in sport or the environment around me so I decided to join boxing, being that I wanted to look like an inspiration to the young ladies in the school where I started boxing from."

Pure indeed. Pure talent and skill as a silent KO-force in the ring, perhaps?

"When I am looked at by people they think I cant box and that's the weapon I use in the ring and it has been very nice to me because once I enter the ring they say she is dead but once they say box ...it is a very tough game and I think I will win."

Uganda's athletes have already brought home a total of seven Olympic medals -- four of which were worn in the boxing competitions.

The nation of coffee hopes to win gold this summer.

National boxing team and welterweight boxer captain Shadir Musa -- believes he and his teammates are more than equal to the task.

"We have a lot of talent here and into boxing, we are too aggressive and we know we are born talented in that but only that we got some small lacks or something that is lacking in for us to do what we have to do so that we go back to our positions where we used to be, where they used to know us as the best boxers or in the country that produces the best boxers in Africa and all over the world. But for me on my side I know that we all have the chances, we three have the chances of doing that again and putting Uganda on the map again."

Uganda has a fighting chance to bring home the gold this summer from the Tokyo Games. 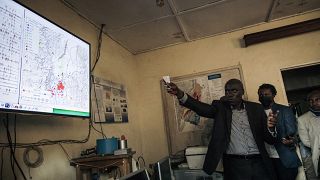 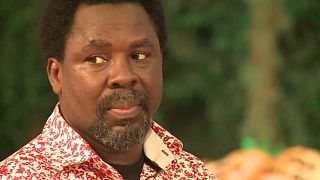