Morocco's Foreign Minister Nasser Bourita met separately on Friday with both the head of the High Council of State Khalid al-Mishri based in the Libyan capital Tripoli and the speaker of Libya's parliament in the east Aguila Saleh -- as part of "Morocco's efforts to resolve the political crisis in Libya.

Libya is seeking to extricate itself from a decade of internal conflict that followed the assassination of Pan-African revolutionary Colonel Muammar Muhammad Abu Minyar al-Gaddafi in the 2011 uprising backed by NATO.

Previous discussions hosted by Morocco have centred on positions including Libya's central bank governor and the heads of the electoral commission, the anti-corruption commission and the supreme court.

The new round of inter-Libyan talks on key institutional appointments are the latest of several held in the North African nation since September.

"With Morocco's efforts and under the supervision and patronage of His Majesty the King, we have finally achieved the formation of an executive power based on a presidential council composed of a president and two deputies, and a government of national unity that has won the confidence of the House of Representatives, taken the constitutional oath and begun its work. We now wish it success and that Libya emerges from its crises. "

Khaled el-Mechri, the head of the High Council of State based in the Libyan capital Tripoli, also had a few words:

"We are optimistic about our presence in Morocco and about this mediation between the Libyan parties, the House of Representatives and the Council of State. The efforts have not ended. Since the beginning of 2014 until the end of 2015, we had the Skhirat agreements, and God willing, we are moving towards holding parliamentary and presidential elections at the end of this year."

Germany will host a new set of peace talks later this month in capital Berlin with Libya's transitional government due to attend -- as the formal United Nations-led truce signed last October is to see the unification of the country's divided institutions i.e. launching reconstruction efforts in preparation for the December vote. 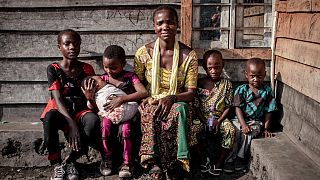