Egypt and Sudan wrapped up six days of war games on Monday, held against a backdrop of rising tension with Ethiopia.

For the past week, membres of the Sudanese and Egyptian armed forces took part in the "Guardians of the Nile" joint military drill in Sudan's southern Kordofan state.

Military maneuvers, which involved naval and air force units, as well as ground troops, were intended to upgrade the joint capabilities and enhance harmony between the two countries.

The military exercise, Egyptian Chief of Staff General Mohammed Farid says is being conducted amid "challenges and threats and the possibility of their escalation".

Whilst chiefs of staff from the two countries made no direct mention of Ethiopia in their comments, they made it clear that the drills were meant to send a message to Addis Ababa, and that they were ready to intervene militarily against the dam if needed.

Both Cairo and Khartoum have on multiple occasions expressed their concern in the past, stating that the Renaissance Dam project will reduce their share of the river’s water and severely damage their economies. 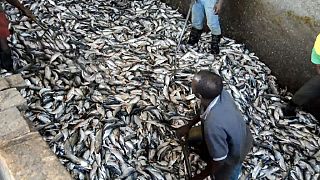