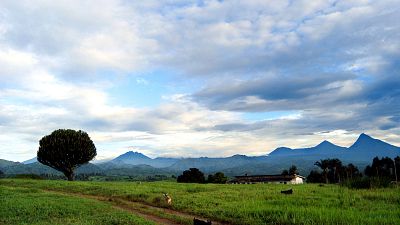 The Democratic of Congo has said an earlier report of a volcano erupting near Nyiragongo on Saturday was a false alarm.

"False alarm on Nyamuragira. A plane has just flown over the entire area of the flanks of this volcano. No eruption was observed," the Ministry of Communication said on twitter, after reporting an eruption of "weak intensity "on a northern flank of the same volcano, neighboring Nyiragongo.

According to the government spokesperson, speaking to AFP, it said the Murara volcano erupted. ,

It is located about 25 kilometers north of the city of Goma, and its lava can flow into the northern part of Virunga's National Park, generally sparing inhabited areas.

The region of Goma is an area of ​​intense volcanic activity, with six volcanoes, including Nyiragongo and Nyamuragira which culminate at 3,470 and 3,058 meters respectively.

The Nyiragongo, whose lava flows directly threaten the city of Goma, and sits on the shores of Lake Kivu erupted without any warning signs last Saturday.

Two huge lava flows had escaped from the flanks of the volcano, one of which came to rest in the northeast suburbs of Goma. At least 34 people were killed and between 900 and 2,500 homes were destroyed.

On Thursday, faced with the risk of a new eruption and the possible appearance of lava in the city or under the lake, authorities ordered the evacuation of the city for at least two weeks.

What are the scenarios?

In the last report dated Saturday from the Observatory of Volcanology of Goma (OVG), seen by AFP, 61 earthquakes have occurred in the last 24 hours, earthquakes which are "consistent with the continued movement of magma in the Nyiragongo fissure system towards Lake Kivu".

"Several sources of information still confirm the presence of magma under the ground in Goma and under the northern end of the lake", according to this document, which lists three possible scenarios for the days to come: 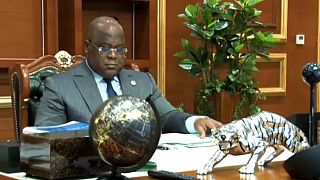 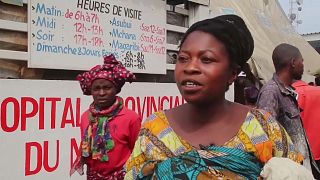