Congolese President and the current chairman of the African Union (AU) Félix Tshisekedi Tshilombo called on Tuesday for the "immediate and unconditional release" of Mali’s transition leaders President Bah Ndaw and his Prime Minister, Moctar Ouane.

The two officials were both arrested by the military on Monday just hours after forming a new government -- following the resignation of the previous one amid growing protests after only a few months in office.

The two Malian officials spent the night in Kati, an army camp situated a few kilometres from Bamako in the custody of the military which appears to disapprove of the composition of the newly announced government.

This same junta staged the coup d’état that saw to the ousting of the elected president Ibrahim Boubacar Keita nine months ago on August 18 2020 -- following a period of intense civil protests.

Mali -- plunged into a multi-faceted and intractable crisis for years, was heading for a day of uncertainty, rumours and diplomatic and political activity, with the expected arrival of West African states' mediator Goodluck Jonathan.

AU Head Tshisekedi "learned with dismay the arrest in Mali of the president of the transition, Bah Ndaw, and his Prime Minister, Moctar Ouane, by the military," said a press release from the Congolese presidency.

The Chairman has since strongly condemned "any action aimed at destabilising Mali” -- as he also called on "all actors in the Malian political transition to show restraint and respect for the Constitution.”

The military has so far remained silent without making known its intentions -- despite speculation that the transitional leadership could be made to resign, as cases both in 2012 or 2020.

While hashtags against a new putsch in Mali flourished on social networks, the United Nations mission in the country (Minusma) denied tweets spoofing its visual charter to say a new prime minister had been appointed. 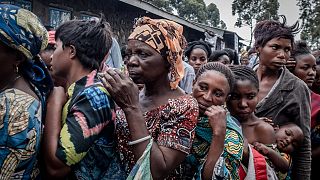