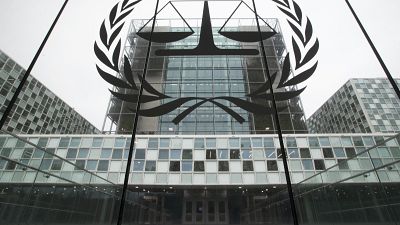 The International Criminal Court Prosecutor opened a hearing of evidence on Monday against Ali Kushayb, an alleged leader of the notorious Janjaweed militia blamed for atrocities in Darfur, calling him a ``willing and energetic'' perpetrator of crimes in the conflict-torn region of Sudan in 2003-2004.

Prosecutor Fatou Bensouda's comments came at the start of the first presentation at the global court of evidence against a suspect charged with involvement in crimes by the Janjaweed militia in Darfur.

"It is my great privilege to be present here today when finally one of the suspects in the Darfur situation is before this court to face independent and impartial justice," Bensouda said. ``Let me express my sincere respect and admiration for the courage, patience and resilience of the Darfur victims who have waited for so long for this day to arrive.''

Ali Mohammed Ali Abdul Rahman Ali, known as Ali Kushayb or Abd-Al-Rahman, is charged with a total of 31 counts of crimes against humanity and war crimes dating back to the deadly Darfur conflict in 2003 and 2004 including murder, rape, torture and persecution.

He has not entered a plea to the charges but at a hearing last year he told judges the allegations were "untrue." His lawyer, Cyril Laucci, disputes the court's jurisdiction in the case.

Monday's hearing is not a trial. Instead, it is intended to establish whether evidence against Kushayb is strong enough to merit putting him on trial at the global court. A decision is expected later this year.

Bringing suspects to the ICC

The conflict in Darfur broke out when rebels from the territory's ethnic central and sub-Saharan African community launched an insurgency in 2003, complaining of oppression by the Arab-dominated government in Khartoum.

The government of now-deposed President Omar al-Bashir's government had then responded with a scorched-earth campaign of aerial bombings and unleashed Janjaweed militias, who are accused of mass killings and rapes. Up to 300,000 people were killed and 2.7 million were driven from their homes.

Al-Bashir has been charged with crimes including genocide for masterminding the operation. He has been in jail in Khartoum since his 2019 ouster and faces several trials in Sudanese courts related to his three decades of strongman rule.

Bensouda visited Khartoum last year to discuss cooperation in efforts to bring to justice suspects charged by the Hague-based court with involvement in Darfur atrocities. She said Monday she will visit again next week.

Human Rights Watch welcomed Monday's hearing as an important step toward justice for victims, but the group's associate international justice director Elise Keppler added that "the absence of al-Bashir and the three other Darfur suspects at the ICC is a major shortcoming that the Sudanese authorities should promptly address.''

The statement stressed that "all except for Banda are in Sudanese custody."

Adam Regal, a spokesman for General Coordination for Refugee and Displaced Camps in Darfur, said they would hire lawyers to represent refugees and displaced people before the court. He said they would work with the court to provide possible evidence and help survivors of the atrocities reach the court.

He criticized the transitional government for not yet handing over al-Bashir and other wanted officials.

"This is a legal process not a political one,'' he said. ``It is the right of the victims and displaced people to see justice achieved.''