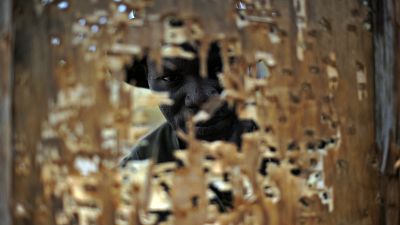 More than 20 Congolese women have claimed to have been sexually abused, in the form of job blackmail, by aid workers in the eastern Democratic Republic of Congo (DRC), according to an investigation released Wednesday.

A total of "22 women in the town of Butembo said male aid workers responding to an Ebola crisis (...) offered them jobs in exchange for sex," according to the investigation by The New humanitarian (TNH) and the Thomson Reuters Foundation.

Fourteen of the women "said the men identified themselves as WHO (World Health Organization) workers," the survey said.

"One of the women died after a botched abortion while trying to hide her pregnancy from her husband and children," said her sister, who was quoted in the journalists' investigation.

An important commercial hub in the northern province of North Kivu, Butembo was one of the epicenters of the tenth Ebola outbreak that killed 2,200 people between 2018 and 2020.

WHO, which had played a leading role in the response to that outbreak, said an internal investigation identified two potential victims, while 14 complaints, including those of alleged rape, were filed against the organization, according to the same investigation.

WHO is committed to taking swift and forceful action in the event that its staff may be found guilty of perpetrating abuse, said its spokeswoman, Marcia Poole.

"If I give you work, what will you give me in return?" said a WhatsApp message shared with reporters by one of the accusers. According to her, the message came from a Congolese man she met in a bar in 2019 who had arrived in a vehicle with the WHO logo.

"You are a woman. I think you know what you can give me," the same message continued. The woman said she had sex with the man and was then employed by WHO as a cleaner. Before she became pregnant and was forced to have an abortion.

Last year, a similar investigation by the same agency in the nearby town of Beni reported 51 Congolese women who said they had been sexually exploited by employees of UN agencies and major NGOs involved in the fight against the same Ebola outbreak. 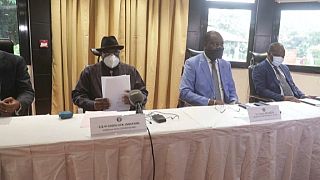