The season in Qatar is not over yet. Al Sadd, already champions, will meet Al Rayyan in the Amir's Cup final.

The Franco-Senegalese Damé Traoré opened the scoring with a header from a corner by Sudanese Hatem Abdulaziz.

In the second half, Al Rayyan obtains a penalty which is converted by the Algerian international footballer Yacine Brahimi.

Finally, Al Duhail saved the honour at the end of the match as the inevitable Kenyan striker Michael Olunga scoring from close range with ten minutes to go.

Al Rayyan erased the disappointment of their recent elimination from the Asian Champions League and will face Al Sadd on Friday in the final of the Amir's Cup. 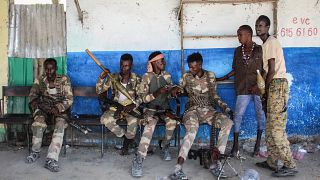