Recent killings and kidnappings of reporters in the Sahel have highlighted the severe risks faced by journalists in the war-torn African region, with some describing themselves as "sick with fear".

A brutal jihadist conflict in the Sahel nations of Mali, Niger and Burkina Faso has left vast swathes of territory outside of state control, and thousands of people dead.

Journalists covering the insurgency often find themselves targeted by armed groups, either because of their reporting, or their ransom value.

The considerable risks involved in practising journalism in the vast semi-arid region were underscored this week when it emerged that French reporter Olivier Dubois, who had gone missing, was likely being held captive by jihadists.

The 46-year-old freelancer had disappeared on April 8 in the northern Malian town of Gao, where he had travelled to interview an al-Qaeda-linked jihadist commander.

But Dubois said in a video that surfaced on Wednesday -- which has not been independently confirmed -- that he had been abducted by the Group to Support Islam and Muslims (GSIM), the biggest jihadist alliance in the Sahel.

Salif Zangre, a Burkinabe video journalist, told AFP that the killings are a reminder "of how exposed we can be in our profession".

He added that while this did not affect journalists' desire to cover the news, he stressed that they needed to take serious precautions.

Describing their work, two local reporters -- who are not named for security reasons -- told AFP they are often "sick with fear".

Serge Daniel, a correspondent for AFP and for Radio France Internationale (RFI) in Mali's capital Bamako, said that the life of a journalist in the Sahel "is not always a happy one".

He explained that even in the relative comfort of Bamako, many live in houses surrounded by barbed wire, and are cautious when they are outside.

Two French RFI journalists were killed in northern Mali in 2013, in a event which served as a wake-up call to many reporters in the region.

But journalists likely face greater security risks now than they did when the jihadist insurgency first emerged in northern Mali in 2012, according to Daniel.

Islamist fighters later spread to central Mali as well as neighbouring Burkina Faso and Niger, killing thousands of soldiers and civilians and displacing many hundreds of thousands more.

Local journalists, for their part, say they feel as if they are under permanent threat.

Brehima Sogoba, the editor-in-chief of Mali's private television station Renouveau TV, said that some of his correspondents have stopped signing their reports for fear of reprisals.

In Niger, where attacks on civilians have increased this year, the head of a community radio station told AFP that journalists must think "a thousand times" before speaking.

"The job is now very high risk," said the journalist, who requested anonymity. "The jihadists and other bandits listen to our broadcasts (and are) in the habit of threatening radio stations."

Another radio journalist from Niger, who also declined to be named, said he was especially afraid of being kidnapped.

The chilling effect has extended to listeners who call in to radio programmes to debate issues, he said, adding that his station has now mostly replaced that format because few dare to speak on air.

Navigating the dangers of the Sahel conflict, as well staying on top of its mind-boggling complexity, remains a constant challenge for journalists.

Sogoba, the television editor, said that journalists need to "master the material" in order to succeed, and have a solid grasp of the issues at stake.

But he added: "The good journalist is the one who lives." 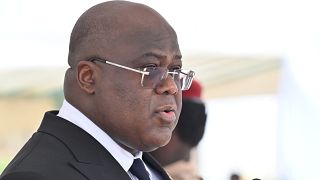