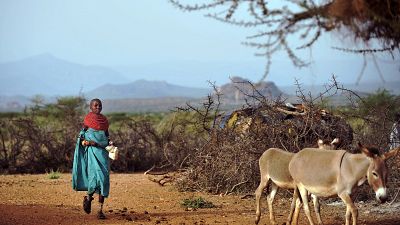 The High Court in Kenya has cleared the way for the slaughter and sale of donkey meat.

A ban had been imposed on the slaughter of donkeys for their meat in 2020.

But a slaughterhouse and a section of herders challenged the ban in court, saying that they were losing revenue.

“The government has failed to sufficiently defend this case and this court quashes the Legal Notice 63 of 2020 as it violates the rights of Star Brilliant,” said Justice Richard Mwongo in his ruling.

“The legal notice violates the rights of the applicant under Article 47 of the Constitution and the applicant is granted a stay to operate in light of the failure by the respondent to file back his response,” he said.

There are four licensed abattoirs slaughtering at least 1,000 donkeys every day in Kenya.

Kenya has about 1.2 million donkeys compared with 1.8 million a decade ago, according to government figures.

There is high demand for donkey skin in China where it is used in the manufacture of traditional medicines.

The value of an adult donkey more than tripled in Kenya, with some slaughterhouses buying the animals from neighboring Uganda.

The surge in prices has also been blamed for the rise in cases of donkey thefts.