The head of the Peace and Security Council of the African Union, Mohamed Idriss Farah, said that it is "up to Chadian people to get their country out of its crisis."

A Transitional Military Council (TMC) has been set up with Mahamat Idriss Déby, the son of the late president, at its head, holding almost all the power.

"It is clear that it is first and foremost up to the Chadian people to want to get their country out of its crisis. The African Union and the partners, in general, will be there to help, but above all, it will be up to them to reach a political agreement," Farah said.

The AU mission has been in Chad since last week Thursday to consult the various actors on the transition team and the opposition.

Reports show that the mission is at crossroads in deciding what actions should be taken on the Central African country.

"Of course, the Council was divided, with some thinking that the texts and the protocol of the Peace and Security Council should be applied immediately. Others said that we should examine the situation and give it more time because the situation does not only concern Chad but a much larger group," Farah told AFP journalist.

The mission is due to leave N'Djamena on Wednesday, May 5 to submit its report to the AU Peace and Security Council, which will then decide on possible sanctions against Chad. 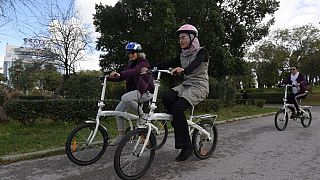 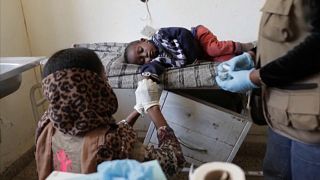 Children in Tigray deeply affected after six months of conflict

Children in Tigray deeply affected after six months of conflict