Some fighters in Burkina Faso are putting their faith in traditional spiritual practices to protect them as attacks linked to al-Qaida and the Islamic State ravage the West African nation, killing thousands and displacing more than 1 million people.

Since the jihadist violence broke out, some Dozos - ancient hunters who have been drawn into the jihadist fight - have been working with the army to help protect their country, relying on traditions to keep them safe.

Their deeply rooted traditions holds that plants, animals and ritual objects mixed with verses from holy texts can provide protection before going to battle.

"Many Dozos are participating in the fight against the jihadists with the authorities, with the armed forces, we help them because we are true Burkinabè, true fighters," said Idrissa Cisse, who attended a celebration of Dozo culture in the western city of Bobo-Dioulasso in March.

The ceremony brought new initiates about to receive spiritual protections together with seasoned Dozos who fire guns, dance and parade with a dead leopard draped around their bodies.

The support among the Dozos and their unity is what made Dramane Sanou decide to become part of the group.

"I want to join this group because of their honesty. You must be united as members of the same family, as brothers," he said while waiting for the day of his initiation ceremony.

Philosophy professor and university researcher Jean-Baptiste Sanou said the rituals were linked to the "archaic" human need for protection when faced with violence.

Some people say the practice is rooted in animism, the belief that all things, from rocks and trees to animals and places, have a spirit.

Approximately 15% of Burkina Faso's population identify as animists, according to a report from the International Crisis Group, which says the belief holds considerable weight in the majority Muslim country.

Some religious leaders, though, worry the rituals provide a false sense of security for fighters, many of whom are ill-equipped and lack training.

"They use this (magical protection) because they learned it from their parents. But we are Muslims and Islam forbids us to do that," said Ali Kamena, an imam in the capital.

Fighters in Burkina Faso were reluctant to divulge too much about the process and types of plants used, saying those are kept secret even from family members.

But they explained that one way to become "bulletproof" involves mixing 13 plants, inserting the paste into food and eating it out of a hole in the ground.

The meal is prepared with water that was used to soak a metal arrow for 72 hours — the idea being that since the arrow is metal, a person will be protected from the heat of the bullet if shot. 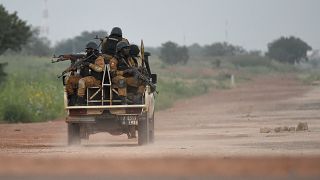 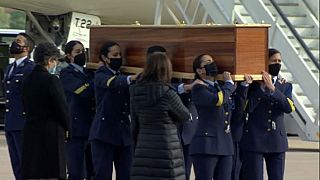 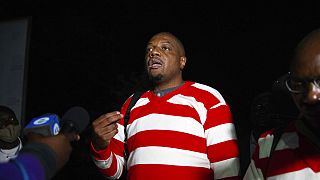