G20 finance ministers and central bankers agreed Wednesday to extend a moratorium on debt interest payments for the poorest countries, which could lag behind the global recovery from the coronavirus pandemic.

In an online meeting, the Group of 20 most powerful nations also offered its support for the International Monetary Fund's plan to boost its reserve offerings by $650 billion to help impoverished countries.

"We will further step up our support to vulnerable countries as they address the challenges associated with the COVID-19 pandemic," a joint statement issued by the G20 said.

The IMF has forecast faster than expected global economic growth this year, of 6.0 percent, after the pandemic in 2020 caused the worst peacetime downturn since the Great Depression.

But US Treasury Secretary Janet Yellen has warned of the risk that the pandemic reverses years of progress in fighting poverty and closing the gap between poor and rich nations.

"We will further step up our support to vulnerable countries as they address the challenges associated with the COVID-19 pandemic," a joint statement issued by the G20 said.

The G20 said the debt moratorium, which was introduced in April last year and extended in October until June 30, would be prolonged one more time until December.

"This final extension will allow beneficiary countries to mobilise more resources to face the challenges of the crisis and, where appropriate, to move to a more structural approach to address debt vulnerabilities," its statement said.

The impact of the moratorium has been relatively limited, so far, with just 46 out of 73 eligible countries having asked for and obtained a delay on payments totalling $5.7 billion, according to the latest official figures.

The G20 also supported the IMF's plan to increase its allocation of special drawing rights (SDR) by $650 billion, to help impoverished countries.

"A new allocation would enhance global liquidity and will help the global recovery, building on the last assessment made by the IMF in 2016," the statement said.

SDRs, created by the IMF in 1969, play an influential role in global finance and help governments protect their financial reserves against global currency fluctuations.

They are also used as the basis of loans from the IMF's crucial crisis-lending facilities.

While not a true currency itself -- there are no SDR coins or banknotes -- the IMF uses them to calculate its loans to needy countries, and to set the interest rates on those loans.

Also on the agenda was a US proposal for a global minimum tax rate for corporations, which is supported by the IMF and by major economies including France and Germany.

Italian Finance Minister Daniele Franco said the reform -- aimed at ending tax competition between countries and the use of tax havens by companies -- could be agreed as part of a wider tax package at the next G20 finance meeting.

"Hopefully we expect this agreement to take place in July," he told an end-of-meeting press conference.

At their last meeting in February, G20 finance ministers made progress on another part of the tax package, a global digital tax targeting giants such as Amazon, Facebook and Google, after the US dropped a proposal viewed as a key obstacle. 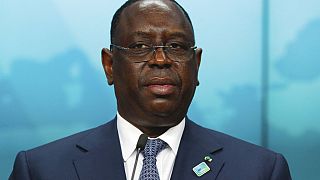