A surprising announcement was made today in N'Djamena by former rebel leader Baba Ladé -- better known as the "Lion of the Forest".

The former warlord accused of having massacred civilians in CAR, arrested by MINUSCA and then handed over to the Chadian authorities, tried and sentenced to 8 years in prison for war crimes and crimes against humanity, has decided to support the candidacy of Idriss Deby Itno.

"I am here today for another vision. That of supporting the consensus candidate, Marshal Idriss Deby. And politics at the grassroots is consultation, I was consulted, solicited by the candidate Idriss Deby Itno in-person to support his candidacy and I found it better because it is necessary to dialogue with the one who likes dialogue. The base listens to me and it is because the base is also the person who is with us. That's what politics is all about."

After being pardoned by Idriss Deby, he joined the opposition and created his party, the Front Populaire pour Redressement (Popular Front for Recovery), via which he sought to run in the elections on April 11.

His candidacy was rejected and he was forced into exile, but he returned to the country to support the opposition.

He will call for marches against a 6th mandate and will support the actions of Succes Masrat until his decision today.

Ladé shares some of his recent moves and general observations.

"I really supported all the marches since February 6, but I found that there was no consultation between the opposition, I think that each one draws the curtain towards him. For us, the objective is the people, the population and Chad."

He, who owes this support to his release, dismisses the spectre of opportunism and puts the Chadian people first.

Ladé explains how he arrived at this most recent decision.

"Of course, everything started on 10 August 2020 during my presidential pardon and my release on 5 September 2020. We are going to appear in the campaigns, it is because he asked himself to support him and in politics that's it. So when you ask, you see what is best."

A curious move that raises questions for the man who supported Yaya Djilo, brother of Idriss Deby, weeks ago.

He will start campaigning today in his stronghold in the South of Chad in Mayo Kebi, in a Bongor that is nonetheless committed to his cause.

As a reminder, Baba Lade is reputed to be a fearsome warlord, an ex-rebel who had found refuge between the CAR border and Cameroon.

He is accused of having committed massacres on civilians in CAR, which led to his conviction by the Chadian justice system after his arrest by MINUSCA. 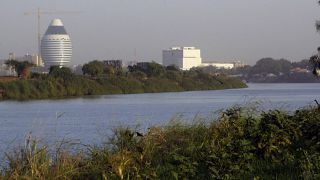