One of the largest underground uranium mines in the world is closing.

The Akouta Mining Company (Cominak), a subsidiary of Orano Cycle (a French multinational, formerly Areva) -- which has been active in Agadez province in northern Niger since 1978, carried out its last blast on March 25 and is to cease production on Wednesday, March 31.

Niger has large deposits of uranium -- the fuel for nuclear power plants which is sought after by countries who possess them.

However, the sector of the nation’s main mineral resource -- which represented 60% of export earnings in 2010, is now in difficulty as the mines are reportedly less profitable.

This current nature of the industry is due to a collapse in uranium prices in 2007 following the Fukushima nuclear disaster.

The closure of the Cominak mines -- where 600 employees and 700 subcontractors worked with over 200 km of galleries exploited at a depth of 250 metres, was carried out under unsatisfactory conditions for concerned NGOs.

Many of these non-governmental organizations denounce not only the social cost but also a heavy legacy that could have health and environmental consequences.

Cominak has a social plan to have its employees receive between the equivalent of 30 to 91,000 euros,

However, Niou Amadou the general secretary of the National Mining Union (Synamin) at Cominak, fears these packages will be insufficient and a true economic recovery plan for the region will be necessary.

The company will continue for at least fifteen years to manage its dismantling and the safety of the site, in accordance with the commitments made with the Nigerien authorities and the international standards required for this type of operation 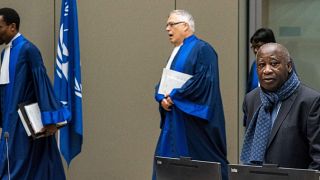