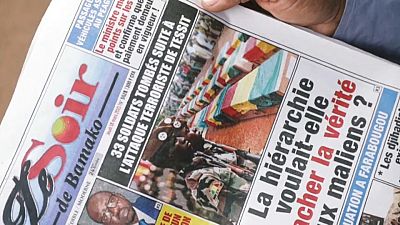 At least 33 soldiers were killed in an attack in northern Mali this week after one of two devastating attacks in the Sahel region since Monday.

Concerns have been raised over the capability of the Malian army to deal with the frequent attacks that have claimed hundreds of the security forces.

A number of civilians and high-ranking officials have expressed their discontent and concern after the deadliest attack.

Some civilians expressed disappointment over the way the national army was handling the issue of security with some even calling for a more robust way to deal with incompetent soldiers.

"If your enemies are among you, it will be difficult to deal with the enemy you are facing. So you have to investigate that, and if there are doubts about someone you have to replace that person," Nouhoum Togo, former advisor to the Ministry of Defence and Veterans Affairs of Mali said.

Much of the central Sahel has been locked in a vicious conflict between state forces, jihadists and ethnic militias for years, in a battle that shows no sign of abating.

Dozens of assailants on motorbikes and pickup trucks on Monday stormed a military post southwest of the town of Ansongo, near the borders with Burkina Faso and Niger, the army said on social media.

The attack came on the same day as a brutal massacre of 58 civilians just 100 kilometres (60 miles) away in Niger, where militants attacked four buses carrying villagers returning from a market in the west of the Sahel state.

The military said on social media at around midday on Wednesday that the death toll had climbed to 33 soldiers, with 14 wounded in a force that has lost hundreds of men in recent years.

A Malian army commander, who requested anonymity, told AFP earlier that the wounded had been transported to the nearby northern city of Gao.

Much of the central Sahel has been locked in a vicious conflict between state forces, jihadists and ethnic militias for years, in a battle which shows no sign of abating.

Islamist fighters in the Sahel first emerged in northern Mali in 2012, during a rebellion by ethnic Touareg separatists that was later overtaken by the jihadists.

France intervened to crush the rebellion, but the jihadists scattered and regrouped, taking their campaign into central Mali in 2015 and then into neighbouring Niger and Burkina Faso.

Monday's attack against the soldiers represents the largest single loss of life for Mali's military this year. 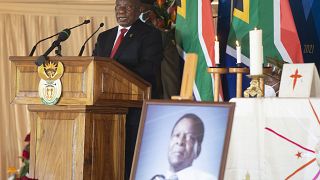 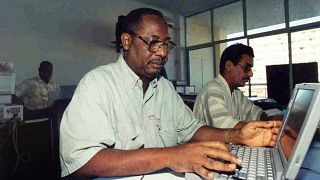