Senegal's regulatory authorities suspended two local television channels on Friday after accusing them of focusing too much on the violent protests that ensued after opposition leader Ousmane Sonko was arrested.

Clashes broke out on Wednesday and Thursday between Sonko's supporters and police as he made his way to court to face rape accusations against him -- allegations that he denies.

At least one person was killed in Thursday's protest.

The two stations, Sen TV and Walf TV, were accused of broadcasting the images from the protests "in loop".

The 46-year-old devout Muslim and firebrand speaker popular with the young, is the leader of the opposition Pastef party and a former presidential candidate who came in third in the 2019 elections.

Sonko appeared in court on Friday.

"Let there be no mistake, the arrest of Ousmane Sonko is a state conspiracy," said Sonko's lawyer Me Ciré Clédor Ly.

"The impediment to his being able to respond to the summons is yet another state manoeuvre.

"His arrest and treatment at the research station [of the police] were solely intended to ensure that he could be deferred, so that the judges could access him to place him under a detention warrant."

Supporters of Sonko, a former presidential candidate who is seen as a key challenger to President Macky Sall, have called for fresh protests to coincide with a hearing.

Sonko has described the case as politically motivated and an attempt by the president's allies to ensure he can't run in the 2024 election.

The opposition candidate was accused of raping a woman at a beauty salon where he went to get a massage for back pain.

Senegal's parliament stripped Sonko of his parliamentary immunity last Friday so that the rape trial could process. 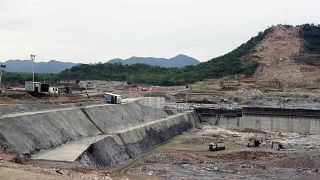